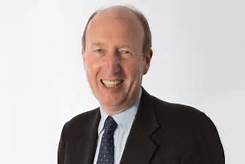 In 2012, I commented in the Sunday Independent on how ministers in the Fine Gael/Labour government fell into one of three categories: high-flyers, passengers or weak links.

I suggested that the weak links, specifically O’Reilly, Shatter, Burton and Hogan, each had the potential to cause huge problems for that government. I was later proven right.

Just five months in office, it is already evident that there are three clear weak links in the current Cabinet, along with fewer high-flyers and substantially more passengers.

The first in the trio of weak links is the youthful, but ponderous, Minister for Housing Eoghan Murphy.

Anyone wondering why he makes the top of the list should watch last Thursday’s RTE Prime Time programme that exposed both the appalling standards faced by many in rental accommodation and the Government’s chronic inaction. The only real activity we see from Murphy is when he rolls up his shirtsleeves, trying to look purposeful for the cameras.

But Murphy’s lack of inspiration in tackling this ongoing crisis was evident in the absence of any Affordable Housing Scheme provision in the Budget.

This is hardly surprising given that Fine Gael has had six housing plans, plus countless re-launches, in less than three years. It is bereft of ideas and so the problem gets worse.

Second on the list, though vying for the top spot, is – the minister for almost everything in politics, including North Korea, apart from his policy brief – Shane Ross, the erstwhile transport minister.

If his penchant for pompously pontificating on matters that have nothing to do with his brief does not end in derailing this Government, then his abject failure to address those issues for which he does have responsibility will.

Not content to just go to ground as he did during previous strikes, Ross wants to go to North Korea for this rail strike.

When it comes to a choice between putting public transport on a firm financial footing or disarming North Korea, Ross takes the easy way out.

During the Bus Eireann strike, Ross promised he would set up a multi-stakeholder forum to help stop wider issues escalating into industrial action.

Nothing happened. There is no forum.

The third on the weak links list is my own opposite number, Social Protection Minister Regina Doherty.

She finds herself on this list for failing to grasp that she is a cabinet minister with actual responsibilities and not just that ambitious Fine Gael TD who is sent out to do the awful interviews that senior colleagues avoid.

Hopefully it will soon dawn on her and she will start doing what we have been asking her and her predecessor, Leo Varadkar, to do, namely remove Joan Burton’s discriminatory pension provision that leaves 36,000 people getting €35 less in their pensions than they are entitled to receive.

The failure by both Doherty and Varadkar yet to publish the pensions report agreed to during last year’s debate on the Social Welfare Bill is just time-wasting – and time is the one thing that people on pensions cannot squander.

The more time Doherty peevishly wastes in starting the process of fixing this anomaly, the fewer people will benefit from it.

Instead of going on to Morning Ireland to out-perform Sinn Fein in trying to ballyrag and insult Fianna Fail, Doherty would be wiser to reflect on the fact that it was Fianna Fail who ensured the social protection package she will preside over is bigger and fairer than it would have been if left to the priorities her party, as announced last August.

The €343m in additional social protection measures is the biggest single element in this year’s total extra Budget package of €800m.

It was not everything Fianna Fail wanted, but the increases are a lot higher than if it had been left to what Fine Gael and Independent ministers would have agreed.

There are other weak links in the Government, but this particular triumvirate of Murphy, Ross and Doherty are the strongest of the weakest, so to speak.

Small wonder it is costing us all an extra €5m in strategic communications to protect these three – and the Taoiseach – from themselves.