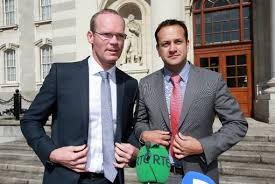 For the past 12 months people have been asking my prediction as to who will win the Fine Gael leadership contest: Simon or Leo. I’ve been telling them all the same thing: Leo is a certainty.

Firstly, Leo Varadkar has been actively campaigning for at least two years. Simon Coveney appears to have been campaigning for only two months. Secondly, Leo has managed to convey to the public at large that he is not your typical politician. The reality of politics today is that the less you look like a politician, the more attractive you are to the general public.

Finally, Leo seems to have put together a savvy campaign team that was able to cleverly media manage a number of critical declarations when the campaign officially started. These manoeuvres contrived to make Simon’s campaign look like a latter-day version of the Charge of the Light Brigade.

While it was easy to predict Leo’s victory, it is less easy to predict precisely what kind of Taoiseach he will be. That he is bright, able and very personable cannot be disputed. However, his record is patchy. It is true that in Transport he grasped the nettle and gave Shannon Airport its freedom.

He then moved to the Department of Health, where he served as an astute and articulate commentator on all the problems that beset the health service. However, solutions or positive suggestions for solutions were conspicuous by their absence.

In Social Protection he has shown some capacity to think outside the box, unlike his predecessor. However, his claim to have single-handedly restored social justice and progressive budgeting are a risible exaggeration.

He did increase social welfare provision but at our insistence. He also stubbornly refused to listen to the views of Dail Eireann, the Social Protection Committee and just about everybody else regarding a disastrous proposal to regionalise MABS and Citizen Information Centres. On the other hand, he appears to have listened to some of what we have been trying to tell him about defined benefit pension schemes.

However, despite his verbal commitment reform of pensions, nothing has changed. Meanwhile, the demographic time bomb continues to grow. He seems uncomfortable with ‘new’ politics. He’s not alone in that. However, he will probably have to embrace it for the foreseeable future. I don’t propose to offer him any advice as I know he doesn’t need it. However, I will provide one observation based on my long years of experience. If Leo becomes Taoiseach, he will get a honeymoon period. However, it will be short-lived.

It will not take long for him to acquire ownership of all the problems which confront this country and the new ones coming down the road. He will not be able to govern effectively without strong and loyal support from his party. However, he would do a lot worse than court the loyalty of those who steadfastly stood by Simon and fought the good fight even when it was evident to everybody he could not win.

He has to be especially wary of those ministers who committed their support to his rival and then deserted Simon’s ship to be on the winning side. Simon is probably too decent to name these people, but I think the Irish people deserve to know who they are and I have no doubt their identity will be uncovered.