The EU Commission has not taken legal action against others who do not levy water charges, writes Willie O’Dea 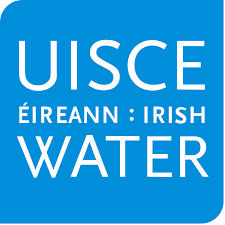 Now that Fine Gael’s night of the rubber knives has passed off without incident, the great pretenders must spend another month or two courting support on the rubber chicken circuit while they wait for Enda Kenny to hand over the written permission slip required to allow them to actually challenge him.

Last week’s most watery of heaves reminds us of Phil Hogan’s other watery legacy: those hundreds of thousands of useless water meters installed across the country.

I have been ankle deep in them as the Oireachtas Joint Committee On The Future Funding Of Domestic Water Services heard evidence from – and questioned – officials from the EU Commission and the Scottish and Welsh water authorities.
Trust me, it is not as thrilling as it might sound. That said, it has been an informative and educational process.

The phrase “established practice” has emerged as one of the key reasons used by EU officials to justify the Commission’s ongoing assertion that there is a requirement to install water meters in every home and levy individual household water charges.

What they seem to be saying is that we should install meters and levy household charges because most places across Europe have done it.

But the EU Commission’s assertion is far from as clear as it seems. When tested under examination and questioning, some glaring contradictions and anomalies emerge.

While they say that 26 of the EU member states generally use meter-related pricing for domestic households, they then modify this claim by adding that “this does not mean that every individual household is metered”.

This is a critical point, and one that is even further clarified when you delve deeper.

You then discover, as Fianna Fáil has been telling the Government for ages, that there is no requirement for charging individual householders in the EU directive.

Responding to a question on this point from both myself and Fianna Fail’s legal adviser on the committee, the EU officials giving evidence conceded: “There is no explicit requirement in the directive.”

They are right and evidence for this is the fact that the EU Commission has not taken legal action against others who do not levy individual water charges – notably Scotland, which does not have an individual charging system.

As the Scottish water officials confirmed to us a few weeks earlier, the Scottish authorities do not consider the absence of domestic water meters to be a barrier to water conservation – indeed they have invested a great deal in conserving water.

They have been able to do this because they have avoided the costs of fitting, maintaining and reading meters. They have kept their total system costs down and so improved their ability to invest in the key water infrastructure and use district metering to successfully detect leaks.

They charge via the council tax banding, not through any new system of domestic water charges.

Their cost-effective system means they can provide decent exemptions for those in receipt of social welfare and on low incomes.

What’s happening in Scotland shows it is possible to design a sensible and efficient system. The EU’s legal requirements are: the polluter pays principle and the need to conserve water and reduce waste.

These are not just EU requirements, they are common sense and can, as the Scottish government has shown, be complied with by sensible measures besides individual meters and charges.

If taxpayers generally are paying, then the polluter pays principle is surely satisfied. What remains, under the EU law, is for the State to ensure there are incentives for users to use water efficiently.

This is something the Scottish government is testing and something we could have done by using the money used to install meters and establish a quango to invest in upgrading the main water structures and reduce leakages.