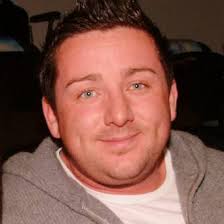 I welcome the verdict from the Special Criminal Court which has found two men guilty of the murder of Limerick businessman Roy Collins.

I cannot overstate the debt of gratitude we owe to An Garda Siochana and the Collins family for this verdict. The Detective branch in Limerick was the thin line that stood between the city and anarchy.

Roy Collins’ killers and the people who sent them did more than gun down a father of two and bring pain to a decent and respected family. They demonstrated the potential threat they pose to the State and to decent society.

The people of Limerick are in awe of the Collins’ family’s courage and bravery in standing up to the thugs who sought to terrorise them. The Collins family put their determination not to be beaten down by those who had ordered their son’s murder, along with several other acts of violence, ahead of themselves.

Stephen and Carmel’s resolve not to be bullied and coerced by the worst elements of our society galvanised the people of Limerick in their determination to end the hold those gangs held over parts of our city. Limerick is now a better place because of their bravery.

For many years the Collins family had effectively put the welfare and protection of the people of Limerick on a par with their own. They have done their duty to their fellow citizens, now it was time for them to try to get along with their own family lives. I wish them all the very best for the future. We will never forget Roy.

Read More »
PrevPrevious postCARERS DESERVE GREATER SUPPORT – O’DEA
Next post‘If somebody doesn’t take a stand, where will it all end?’Next