Public Meeting in Limerick on the Housing Crisis 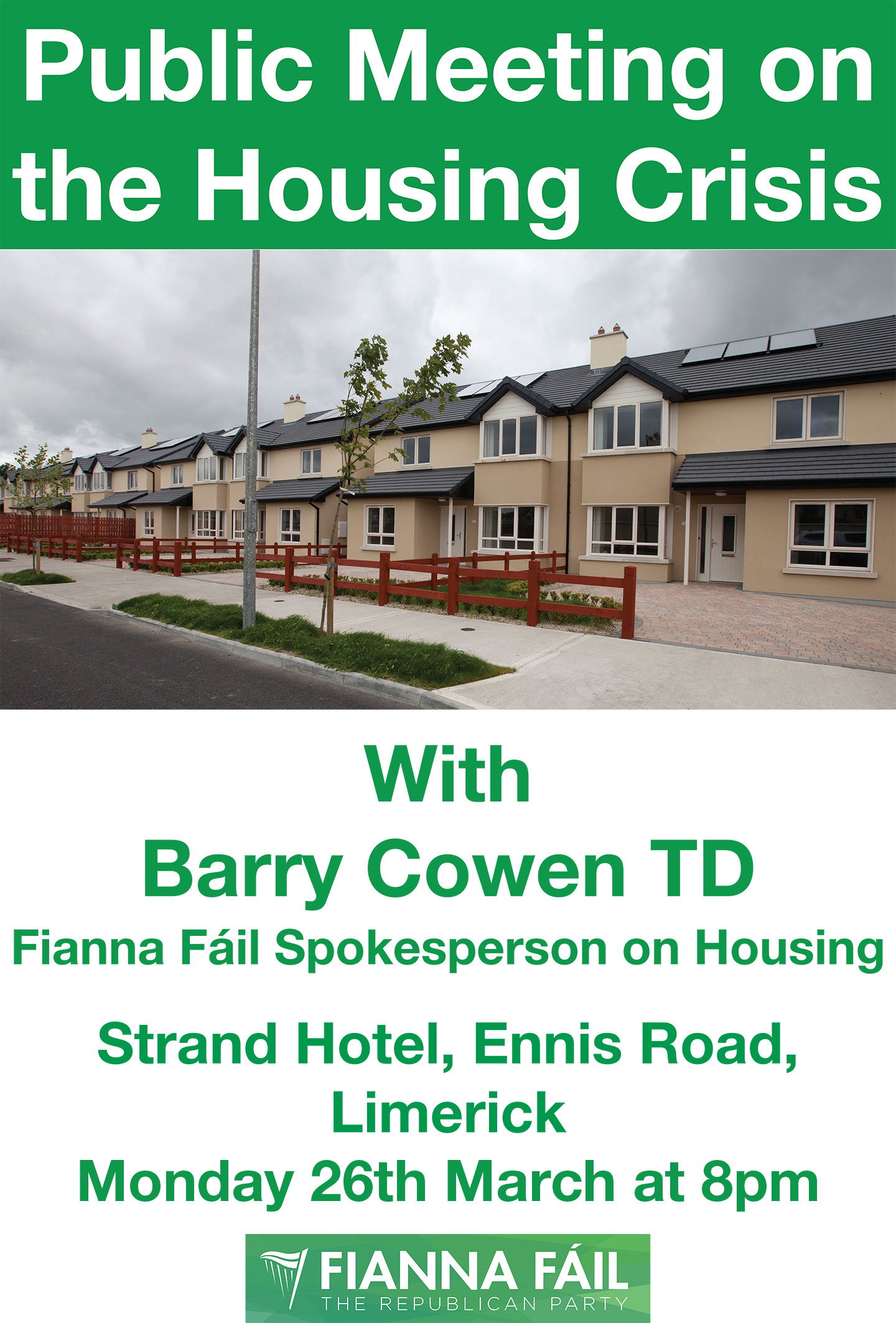 Fianna Fáil is holding a public meeting on Housing on Monday, March 26th at 8pm in the Strand Hotel, Ennis Rd., Limerick. The meeting forms part of a series of regional events on the housing crisis we are currently engaged in.

Willie O’Dea TD said, “While the meetings are being held by Fianna Fáil, they are public events designed to raise awareness and help us shape our own housing policy based on local experience. Limerick is very severely affected by the housing crisis and everybody is welcome to come along and give their own local insight into the situation.”

“Housing is the key issue facing this Government. Homelessness has reached unprecedented levels, rents are at historic heights, home building numbers are tens of thousands behind where they need to be and some 4,000 people are on the social housing waiting list in Limerick alone. All the while, ordinary workers cannot afford a place to own. This meeting in Limerick, which is part of a series of meetings in towns across the country is designed to raise awareness and get a sense on the ground about where the failings are, and more importantly, what can be done to address them.

“The Government has to start delivering on housing.   After four separate plans and over a dozen launches it needs to put bricks and mortar in the ground. However, its flagship Re-Building Ireland plan is behind target already. Supply is the key issue that needs to be addressed to get to grips with the crisis in the private, social and rental sector. Re-Building Ireland has been in place for two years and the crisis is only getting worse.

“I am looking forward to debating the issues and adding to the renewed, focused housing policy which the party will launch through our Housing Spokesperson, Barry Cowen TD after this process is complete.”

The meeting will focus on