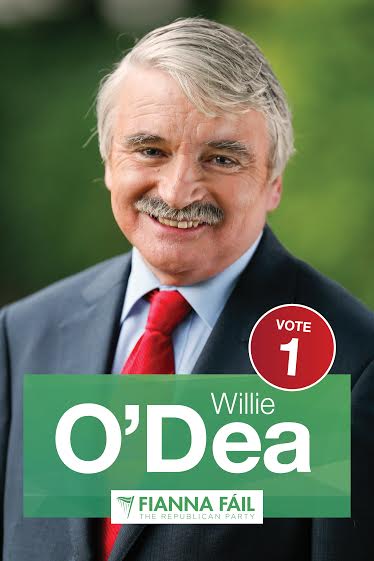 It is amazing how many racing analogies pop up when people start talking about elections. The moment the election is finally called is usually greeted with a media cry of “they’re off”, while the commentary of the election contest itself will be filled with phrases like neck and neck, runners and riders, false starts… and on it goes on.

If I had to use a horse racing metaphor to describe the mood among my own campaign team at the start of the week, it would be ‘chomping at the bit’. It is hard to find a better way of describing how eager they were to get on the doors, as if they hadn’t been knocking on doors with me almost every week for the past year.

So when the Taoiseach eventually decided to give the starter’s orders, we were already out on the doors. Indeed, the campaign was only ‘official’ for about an hour when I encountered someone on the street who greeted me, saying: “Weren’t you only here a few weeks ago Willie?”

“Is that a bit like dry January?” says he in reply.

As we finish this first official afternoon election canvass, we stop to pose for the now obligatory selfie of me and my canvass team for my Facebook page.

I swear Lord Snowden didn’t take as long posing all those royal weddings as this one is taking… but he was photographing a much smaller group.

Day one: The first morning team meeting of the campaign opens with the news that someone has heard the Shinners will be complaining to the council about my posters.

“Let’s hope it’s only the county council and not the army council,” quips one of the more seasoned canvassers, ” I’d like to hang on to my kneecaps.”

This is followed by some speculation on whether he still has his original knees or hips, given his long years of pounding the roads. “Alright so,” he retorts, “I don’t want to wake up with a horse’s head in my bed.”

And there you have it, yet another one of those horse racing metaphors.