If we don’t address the looming pension crisis, taxpayers will foot bill for funding retirements 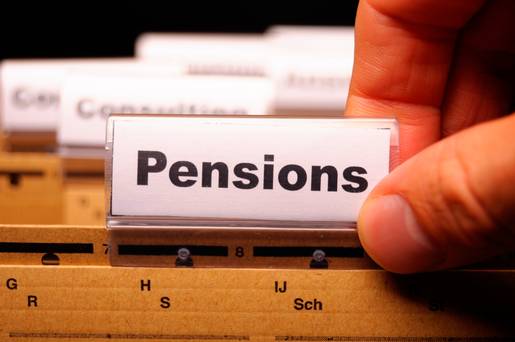 In the last 10 years, three out of every four defined benefit pension schemes in this country have been closed down.

The defined benefit pension scheme, in which members pay in an agreed amount each year and are guaranteed a defined pension on retirement, is the best form of protection against penury in retirement.

In addition, people are living longer, which makes these schemes more expensive to maintain.

However, the chief culprit in the decline of these schemes is the artificial way in which liabilities are valued. This needlessly exaggerates the gap between assets and liabilities when the pension scheme is in deficit.

That has made most defined benefit schemes unviable and has caused many of them to be closed down, leaving their members who have paid their dues for 20 or 30 years literally high and dry.

At present, the calculation of liabilities of the defined pension scheme is based on a hypothetical situation.

The question is would the pension scheme be able to meet all these liabilities if it was wound up tomorrow?

This is a total misunderstanding of the long-term nature of pension provision.

It is entirely artificial, given that pensions are only paid out on actual retirement and businesses file their accounts on an ongoing basis, rather then on a presumption of immediate wind-up.

Schemes are not designed to wind up tomorrow. They are designed to build assets and meet liabilities over an adult’s lifetime. We need to move to an ongoing funding model which recognises this.

In addition, liabilities are valued on the basis of a hypothetical situation which may never come to pass, that is the price of discharging a liability by purchasing annuities which are priced in top-rated bonds.

New methods of calculating liabilities must be found that would help save the pension schemes we have and create an incentive for the creation of others.

That is why I am proposing in legislation before the Dáil this week that the Pension Board undertakes a study of alternative methods of calculating liability and reports back to both Houses of the Oireachtas within six months.

The bill also seeks to deal with a more immediate problem in Ireland.

Solvent companies are quite free to walk away from a defined benefit scheme at a time when it is in deficit, resulting in huge losses for the members.

A company can do this even though it is financially in a position to make up the deficit and protect members’ entitlements.

It is obviously unjust that an employee who has faithfully paid into a scheme for many years with the expectation of a decent pension on retirement can lose everything as a result of a unilateral and arbitrary decision by the employer to close down the scheme (which the employer has allowed to run in to deficit) at a time when that employer is generating huge profits.

It is now more than 20 years since the authorities in the UK dealt with this problem. It is long past time for us to do likewise.

Section 75 of the UK Pensions Act 1995 provides that when a defined benefit scheme winds up, the sponsoring employer is required to pay off a sum equal to the shortfall if the scheme is in deficit.

Recent studies have shown that this legislation has caused problems.

The shortfall could be so large as to force the company into insolvency, thereby causing everybody in the firm to lose their job.

Therefore, in an effort to remedy this injustice and meet that objection, I am proposing a more nuanced scheme.

I am proposing that it would be illegal for a solvent employer to close down a defined benefit scheme without getting the permission of the Pensions Board.

The Pensions Board would not be able to give that permission unless the employer makes up its deficit.

However, I propose giving the Pensions Board discretion to allow the employer to pay a lesser amount if payment of the full amount would threaten the solvency of the company. The onus is on the employer to establish that.

I am also providing a new mechanism for the shortfall to be paid over a period of time. There will be appeal from the Pensions Board to the High Court in all cases.

This will deliver the right balance of protection and sustainability.

A radical shake-up of Ireland’s pension policy has become imperative. There is clear evidence of a lack of appreciation by successive governments as to how serious the crisis of pension provision has become.

We urgently need a more informative and realistic approach, otherwise ultimately it will be the State that will have the responsibility of higher retirement costs for its failure to deliver a sustainable pension model.

Read More »
PrevPrevious postOlder people to be empowered to stay in their home under my legislation passed by Dáil
Next postThe EU Commission has not taken legal action against others who do not levy water charges, writes Willie O’DeaNext