‘If somebody doesn’t take a stand, where will it all end?’ 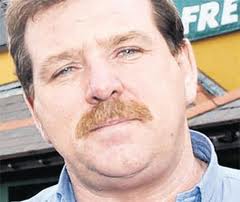 I recall the day when Steve Collins made the fateful decision to stand up to the feared Dundon-McCarthy gang.

It was December 2004 when I got a phone call from Steve Collins. Steve and his family had been subjected to terrifying death threats since his nephew and employee, Ryan Lee, was shot after refusing to serve Dundon’s underage sister in Brannigan’s bar in Limerick on December 19, 2004. But despite the threats, Steve told me he would not withdrawuing his complaint about Wayne Dundon.

My friendship with the Collins family goes back a long way, and my first concern was for their safety. I told Steve quite honestly that he was putting his life on the line.

He told me: “If somebody doesn’t take a stand, where will it end?”

I was speechless. Nobody who does not have first-hand knowledge of what was happening in Limerick at that time can properly appreciate what the Collins family were taking on. The Dundon gang, or Murder Inc as they subsequently became known, had targeted gardai and prison officers. They were prepared to kill without a second’s hesitation or an ounce of remorse.

Nobody was prepared to go up against them or anybody associated with them. In fact, the situation was so bad that it was virtually impossible to get people to serve on a jury empanelled to try anybody with even the slightest association with them. Yet here was Steve Collins, an ordinary citizen prepared to go into court and give evidence against Wayne Dundon himself.

Steve’s life was torn to pieces when his beloved son Roy was brutally gunned down in 2009 just because his family had done what many others couldn’t do and bravely stood up to the gangsters.

As Wayne Dundon’s trial approached, the intimidation and threats against the Collins family intensified. Steve’s main business, Brannigans Bar, a hugely successful establishment, was burned to the ground. He rang me several times with news of yet another threat, direct or indirect, to his life or the lives of his family. Yet still he refused to give in. He put the welfare of the citizens of Limerick on a par with his own.

Well, justice of sorts, and with a terrible price. Nothing can compensate the Collins family for the nightmare they have endured over the past decade – a nightmare that still continues and will continue for the rest of their lives. Just imagine for a moment what life has been like for them, constantly looking over their shoulders in fear of their lives. Their permanent garda protection – while necessary of course – is a sort of mobile house arrest. Their successful businesses, painstakingly built up over many years, have been destroyed. They have been reduced to near penury. And, of course, they have lost their beloved Roy.

I knew Roy Collins very well. That was my privilege. He was a truly lovely human being. How ironic that somebody like Roy, who was determined only to see the good in people and not the bad, should be cut down by evil in the prime of his life. The extraordinary  wave of violence that engulfed Limerick around the time of Roy’s murder literally happened overnight. It is true to say the gardai were unprepared for it. They were under-manned, under- resourced and were facing  a frightening regime of  terror unparalleled in Ireland, let alone Limerick. But they prevailed and eventually won. There was a time when An Garda Siochana were all that stood between us and anarchy. We owe them a great debt of gratitude.

So spare a thought this morning for Stephen Collins and his family, ordinary people getting on with their lives who were suddenly plunged into a nightmare where they were forced to make a decision – whether to take a stance against evil with all the potential consequences that entailed, or to quietly walk away. They did the right thing and they have suffered for their courage.

However, their great sacrifice has not been in vain. The gardai have been properly equipped to deal with this type of crime, the law has been changed to rebalance the scales in favour of society and some of the most dangerous gangs this country has ever seen have been broken. The cloud of fear and menace that hung over an entire region has been lifted. This has been achieved in no small measure by the courage and fortitude of the Collins family.

We will never be able to sufficiently express our gratitude, but we would love them to come back to live among us in Limerick again.

To paraphrase Winston Churchill, never have so many owed so much to so few.