Flaws in pension plan are glaring – and Government knows it 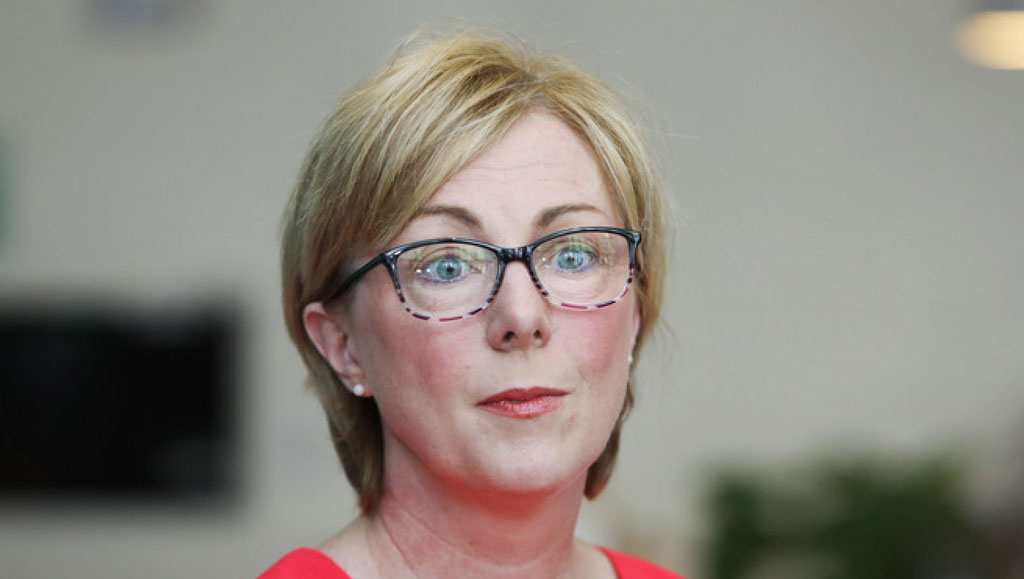 You may recall British prime minister Boris Johnson telling the world he would “rather be dead in a ditch” than ask the European Union for another Brexit extension.

That was back in early September. The October 31 deadline was just two months off and everyone, including Johnson, knew there would have to be an extension. They also knew Johnson would not be found in a ditch or within a 20-yard radius of one.

So why say it? Why make claims everyone knows can never be fulfilled? Is it an obstinate Pollyanna-esque belief that saying it makes its so? Or is dys-Trumpian politics creeping across the Atlantic?

While it is likely the latter in the UK, we can hope it is the former here. Especially as the Government insists on pursuing its “nothing to see here” strategy on the Public Services Card (PSC) – a strategy which everyone can see is going to hit the rocks.

Minister Regina Doherty appeared in full obduracy mode at the Social Protection Committee last Thursday morning. She nonchalantly dismissed the clear Data Protection Commission (DPC) finding that forcing people to obtain a PSC to access some state services is unlawful, as a “simple case of two people interpreting legislation in a different way”.

“A simple case of interpretation” that is causing mayhem and distress for many as they struggle to obtain services and entitlements due to them. TDs’ in-boxes are full of constituents encountering obstacles applying for driving licences or passports, or using the national childcare scheme without PSCs.

Leaving aside the core points that the DPC, not an individual minister, is the primary authority on data privacy questions or that no business case was ever made for the €68m project, the minister now stubbornly refuses to reveal a single line of the legal advice she got from in-house and third-party legal teams underpinning her interpretation.

Perhaps this is because she knows this is going to end up in the courts after the DPC serves the department with its enforcement notice. Why must ministerial intransigence trump public interest?

The same is true for the same department’s recently unveiled automatic-enrolment pension scheme. It is a welcome proposal. It is just as welcome now as it was when the Government first mooted this idea six or seven years ago. At least the minister has brought the scheme closer to implementation than her predecessor, Leo Varadkar.

The problem is that she is pursuing a model that is both cumbersome and ineffective. Under the proposal, all workers aged between 23 and 60 earning more than €20,000 a year would be signed up for a pension to which they and their employers make matching contributions.

The Government’s scheme is flawed. I strongly suspect it knows it is flawed, but it is too politically mulish to concede that.

The flaws are glaring. The Government wants to establish a new central processing authority to collect pension contributions while using private sector providers to administer it.

We do not need a new private structure holding many billions of euro of citizens’ hard-earned cash. Individual contributors cannot risk being at the mercy of the market.

There is a clear and obvious two-part alternative:

Part I: Give responsibility for collecting pension contributions to Revenue. It already collects employer and employee PRSI payments.

Part II: Get the National Treasury Management Agency to administer the pension fund via a hybrid of defined contribution and defined benefit schemes. This would enable the State to safely guarantee a minimum return for retirees to avoid funds being at risk in an economic downturn.

The UK began phasing in its automatic enrolment scheme back in 2012. This allowed it to gradually increase employee and employer contributions. Ministerial vacillation means we will not have that opportunity, but we need to get it started as soon as possible.

Right now, the Government scheme is not due to roll out until 2022. This leaves many people facing a pension uncertainty. My interim solution is to outlaw the practice of people being forced to retire at 65 but only if the person prefers not to retire and can still do the job. This would give private sector workers a choice, particularly those with no private pension plan – and there are nearly 900,000 of them. But guess what, the Government says no. Seems that it would prefer to head for Boris Johnson’s ditch.