FG’s spin on cutting poverty is an exercise in delusion 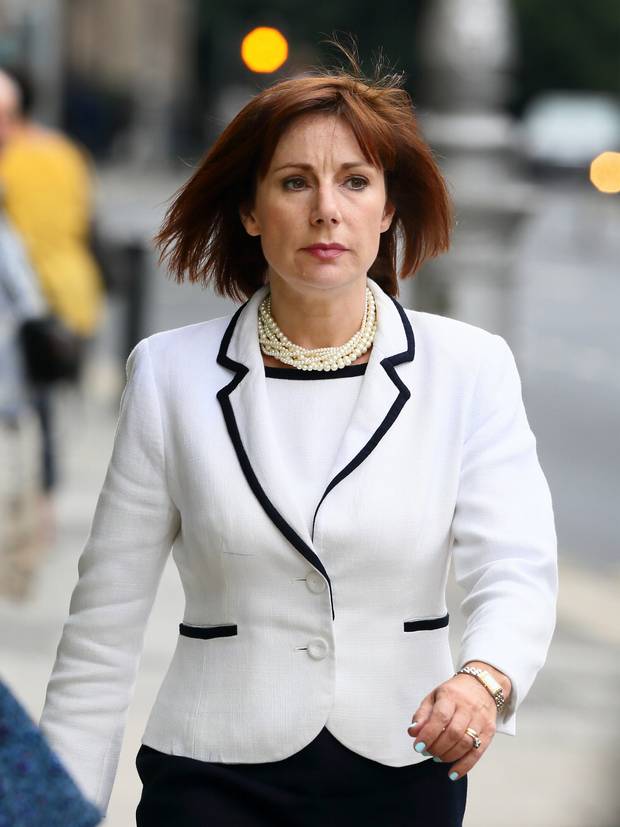 All five of the Fine Gael/Labour budgets actually widened the gap between rich and poor.

In Leo, their new biography of An Taoiseach, the INM Group Deputy Political Editor, Philip Ryan, and Government adviser, Niall O’Connor, tell the story of the Taoiseach advising a Fine Gael TD to ‘create anonymous accounts online to make positive comments on news’.

The mind boggles at what Fake News anonymous accounts would have come up with when you examine what the named ones churn out. Take this post from the Culture Minister, Josepha Madigan. Tweeting before she took the stage at the Kennedy Summer School, she said: “Fine Gael has done more than any other party to help the least well-off in society, and all claims to the contrary are incorrect #KSS.”

Perhaps, it was the fact that it was on Fine Gael’s 85th anniversary, that sent her hyperbole function into overdrive, but, if so, it was a bad impulse. You do not have to look into history to know that Fine Gael has not done “more than any other party”. The evidence is around us right now.

When it was in Government, between 2011 and 2016, with a much stronger and louder Labour Party than the one we see today, Fine Gael neglected those hit hardest by the economic collapse. All five of the Fine Gael/Labour budgets were adjudged to be regressive by independent, non-partisan observers. By regressive, I mean that they each widened the gap between Ireland’s richest and poorest.

To hail this abysmal record as “having done more than any other party to help the least well-off in society” is either a breathtaking exercise in political delusion, or it is a sign of a minister and Government so spin-obsessed that it can no longer discern the difference with what it says to be true and what is really true.

I fret, that ministers who think this claim has any justification, are making decisions that will directly impact on the daily lives of so many people. If you cannot grasp the simple fact that what you have been doing to help the least well-off is not nearly enough, then how can you attempt to fix the growing and developing problem of more and more people being left behind?

As I have outlined before, it is not as if the machinery of government, the departmental officials, are not aware of the problem. Back in 2012, a national social target for poverty reduction was agreed and announced. The target was modest, but it had the merit of being clear. It was to reduce the number of people (including children) in consistent poverty, from 6.3pc in 2010 to 4pc by 2016 and to 2pc, or less, by 2020.

Just before summer, the current Social Protection Minister told me that the most recent CSO Survey on Income and Living Conditions (SILC) data, released in December 2017, put the 2016 level at 8.3pc. Not only did the Government miss the 2016 target, its regressive policies led to the consistent poverty rate rising sharply to 9.1pc by 2013.

So, in 2016, at exactly the moment that Leo Varadkar, and the rest of them in Fine Gael, were making the biggest single Irish election promise ever, costed at €4bn, to “abolish USC over the lifetime of the next Government”, they knew that Fine Gael was 100pc off target for reducing the levels of consistent poverty.

We have managed, via the Confidence and Supply Agreement, since 2016 to reverse some of the damage caused by the regressive policies pursued up to 2016. But let’s not kid ourselves, and let us not allow Ministers Madigan or O’Doherty, to kid us or themselves either. Fine Gael has not had some Pauline conversion. The progressive changes made in the budgets since 2016 have been a result of the political arithmetic of the Dail and the hard reality that Fianna Fail has to have input into some budgetary decisions for Fine Gael to get them through.

The result is a compromise. It is not all that I would want as Social Protection spokesperson, but I know it is a lot better than what an untrammelled Fine Gael would pursue. So, far from “having done more than any other party”, the truth is that Fine Gael has only done anything at all because of another party.