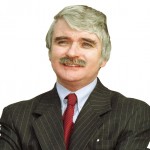 240,000 lower-income people could benefit from changes to tax system.

Fianna Fáil Spokesperson on Social Protection and Social Equality, Willie O’Dea TD, has launched a discussion paper on reforming Ireland’s tax system so refundable tax credits can be provided for the lowest paid.

He commented: “The taxation system in Ireland is inherently unfair and is in need of reform. One in six people in Ireland that live in poverty have a job. These ‘working poor’ have largely been ignored in successive regressive budgets since this Government came to office. The budgets brought in by Fine Gael and Labour have unfairly targeted those on lower incomes to shoulder more of the burden compared to higher earners.

“The Government has consistently talked about easing the burden on lower income households but we have seen no concrete measures to address this. It should be a priority for Government to help the ‘working poor’ but sadly there seems to be a complete lack of urgency.

“The elements contained in this discussion paper on refundable tax credits have the potential to benefit 240,000 low-income people in the country. These tax-payers do not earn enough money to use up their full tax credits, meaning they would not benefit from any proposed tax reductions by the Government.

“Fianna Fáil is proposing that part of the tax credit an employee does not use would be refunded by the state. It would mean that every tax payer would receive the full benefit from their tax credits, thus making the system fairer.

“It is envisaged this measure would cost €140 million to implement and there would be no extra cost for the employer. Most refunds would be in the region of €800 to €1,000 per annum which would mean an awful lot of families that are living below the poverty line.

“I believe these proposals should be considered by the Government, it would be an important first step in making the Irish taxation system fairer for families that are struggling to survive and have been largely ignored by the Fine Gael and Labour Government.”

Read More »
PrevPrevious post‘If somebody doesn’t take a stand, where will it all end?’
Next postWATER CHARGESNext