Curse of Brexit can’t be broken by wishful thinking 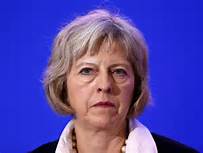 Theresa May and her ministers are about to learn that the old saying ‘May you get what you wish for’ is meant as a curse, not a blessing.

No sooner had the current Brexit talks started in Brussels than we saw a succession of Tories demanding that negotiations proceed as speedily as possible to Phase Two and discussions on Britain’s future trading relations.

They talked as if the conclusion of the Phase One discussions on the three issues of the Irish border, citizens’ rights and the settlement of the UK’s financial obligations, meant all the tricky problems were out of the way and work could immediately start on the details of Britain’s post Brexit trade deals.

But they are wrong.

Now that the EU Council has confirmed that sufficient progress has been made in Phase One and the EU27 are ready to move to Phase Two talks, the Tory pro-Brexiteers are about to learn that Phase Two will not be the political nirvana they think it will. Things are about to get trickier, not easier.

Their expectations and hopes will not be matched by the reality.

The EU’s chief negotiator Michel Barnier attempted to warn them of this early last week, saying: “We will have a final agreement only if the political commitments taken by Theresa May on behalf of the British government are respected. We will be vigilant.”

But, not for the first or last time, British ministers were either not listening to what was coming out of Brussels and Dublin, or they were listening but not understanding it.

The problems that will arise early in Phase Two will not be due to some inflexibility or stubbornness from the EU27, which includes us, but because it is what the EU treaties say.

Article 50 states: “In the light of the guidelines provided by the European Council, the Union shall negotiate and conclude an agreement with that State, setting out the arrangements for its withdrawal, taking account of the framework for its future relationship with the Union.”

In plain language, this means that Phase Two of the Article 50 talks will only look at the “framework” for the future relationship between the EU and the UK, not its substance.

The harsh reality is that the detailed negotiations on the substance of a trade deal, which Tories seem to think have just started, can only begin after March 29, 2019, when the UK has become a third country – an ex-EU member.

This is a significant point which Brexiteers fail to grasp. But it is even more complicated. Any trade deal that the UK negotiates with the EU after March 2019 will have to be ratified by 38 regional and national EU parliaments – not to mention Arlene Foster and the DUP.

Remember that the final EU sign off on the CETA trade deal with Canada was held up because the Walloon regional parliament refused to ratify it. If that was their response to a fairly benign Canadian trade deal how much more complex might their (and other parliaments’) response be to a UK trade deal, especially if the UK are then talking about undercutting the EU?

Compared to what can possibly happen in Phase Two and afterwards, Phase One was a leisurely stroll along the beach.

The other point that the pro-Brexit lobby ignores is that any framework the EU may offer during Phase 2 will not, by definition, be nearly as beneficial to the UK as the one it currently enjoys as a part of the Single Market.

With every passing day, the Brexiteers sound more like Lewis Carroll’s Queen in Alice Through the Looking Glass: “The rule is, jam tomorrow and jam yesterday – but never jam today.”

Except they are asking businesses in Britain to give up the jam they have today in return for a vague promise of an unquantifiable amount of jam sometime after March 2019.

The EU Council president Donald Tusk warned them of this when Mrs May travelled to Brussels a week ago: “The most difficult challenge [is] still ahead. Breaking up is hard. But breaking up and building a new relationship is much harder.” He is right.

In a few weeks Mrs May and her ministers will be yearning for the calm simplicity of Phase One.

Be careful what you wish for.