Community supports are vital, so Government’s move to regionalise them would be a change for the worse 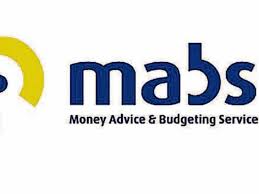 The Citizens Information Board, at the behest of the Government, is proposing to abolish all local Money Advice and Budgeting Service (Mabs) centres and Citizens Information Service centres throughout the country and replace them with eight regional boards. The excuse for this radical change is that, at present, there are 93 such local boards and the cost of administration will be drastically reduced. This will release resources which will then be reallocated to improve frontline services.

The Citizens Information Board, at the behest of the Government, is proposing to abolish all local Money Advice and Budgeting Service (Mabs) centres and Citizens Information Service centres throughout the country and replace them with eight regional boards. The excuse for this radical change is that, at present, there are 93 such local boards and the cost of administration will be drastically reduced. This will release resources which will then be reallocated to improve frontline services.

I have both consulted and been consulted by all the relevant parties involved. Volunteers who are essential to the operation of both Mabs and the Citizens Information Service centres are aghast at the proposal. Those who depend on the services are unable to comprehend how such a change was ever envisaged, given that there is widespread satisfaction with how both services are operating.

I have received representation from people from all over the country who are overwhelmingly hostile to the proposal. One described it as “completely destructive and over the top…It is akin to demolishing your house and building again in a different site, when all that may be needed is some minor repair”.

Both organisations accept and indeed welcome the notion of change. They have implemented massive changes on how they operate since they were originally created. Both were subjected to customer satisfaction tests back in 2005 and each was awarded a gold star for its performance. Both agree that 93 separate boards is unwieldy. Both are open to change, including structural change. However, the sort of change they want and have suggested is change that will demonstrably improve the services for those who depend on them, and they have made several practical suggestions to achieve that.

Both are grounded in the notion of localism. In each case, the local board and management are very close to service provision. Local ownership, local responsibility and local accountability have been central to their success. The proposed move to regional management will critically undermine this. The UK, which has been providing these services longer than we have, has enthusiastically embraced the system that we are now trying to jettison. In fact, the UK has made a virtue of it. Current community-based structures provide a service that users see as independent of the Government and that is what encourages people to use them. There is a serious risk that they would lose trust and confidence in these services if they are regionalised.

Local Mabs boards are managed and run by volunteers such as accountants and solicitors, who offer their services on a voluntary basis. These are central to the operation of Citizens Information Service centres. Without them, the service would cease to exist. The Government’s proposal seems to be blissfully oblivious to this. There seems to be no realisation that while volunteers readily sign up for a local service, they would be much less inclined to sign up for a service that is remote and based in another part of the country.

While the Citizens Information Board claims there will be a saving on administration, it has produced no concrete financial evidence to support this. No cost-benefit analysis has been carried out. The notion that eight regional bureaucracies would cost less than locally-based boards has been seriously challenged by Mabs and others. Large regional structures will require additional Government and local support. In fact, compelling financial data supplied to the Dáil committee on social protection indicated the new structures might cost more.

Both organisations have confirmed that the first time they heard about alleged problems relating to their administration was when the Citizens Information Board commissioned a report by consultants Pathfinders. There was no prior discussion or dialogue. This is indefensible. If the Citizens Information Board had problems with the way the services were being delivered, surely the first people that should have been consulted were those who have been delivering the services.

As I have said, both organisations have very practical proposals that will improve the services to those who use them. This has been outlined in various submissions to the Government. They centre around case management and better financial packages nationalising tenders for services such as accountancy. They are open to the suggestion that Mabs and the Citizens Information Board could be run on a county basis (with some variations in large urban areas). They have suggested that both services should be aligned with a view to ultimately being amalgamated.

However, they have been given no opportunity to have any meaningful dialogue with the Citizens Information Board, which insists that its proposed radical structure change will alone improve services. In my view, this proposed changed has nothing to do with the quality of services available to the people who use them. It is simply designed to make it much easier for management to control these services and effectively turn both organisations into an arm of the Department of Social Protection.

This would be a hugely retrograde step. A similar proposal was made in the past and the then social welfare minister Séamus Brennan stopped it on the basis it was a change for the worse. It still is. We are asking the current Social Protection Minister Leo Varadkar to stop this process and allow time for meaningful dialogue. The decision is his. It is those who use the services who will have to live with the consequences.