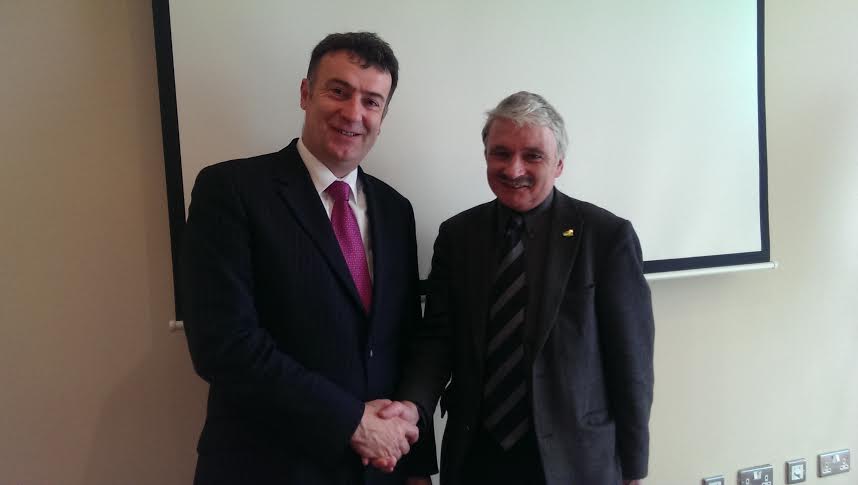 As most of you will already know, my dear and long-time friend Joe Crowley died tragically while canvassing for me on Monday. When I heard the news that Joe had collapsed and died, I don’t think I have ever been as shocked in all my life. Joe was so full of life and was his usual jovial and chatty self as he canvassed in the days and hours up to his untimely death and this is what has made his passing all the more difficult to come to terms with.
Joe was one of the nicest people you could ever meet and everybody who met him had great affection for him. He hadn’t a bad bone in his body and hadn’t a bad word to say about anyone. He was a true gentleman, who was the kindest and most generous spirited person I knew and he just wanted to help everybody. That is why he was so proud to be elected to Limerick City and County Council in 2014 – as it was his own community where he had always lived, that had given him the honour of representing them. His election as a Councillor was one of his proudest moments.
Joe always spoke about his wife and children, so much so that people who didn’t even know them felt they knew them. Christine has lost an amazing husband who loved her dearly – they were planning to celebrate their 25th wedding anniversary in Italy in the summer. Vivienne, Andrew and Hugh have lost a Dad who was extremely proud of them all and always made time for each of them. His loss to them will be immense.
We have all lost a really decent human being. Ar dheis Dé go raibh a anam.