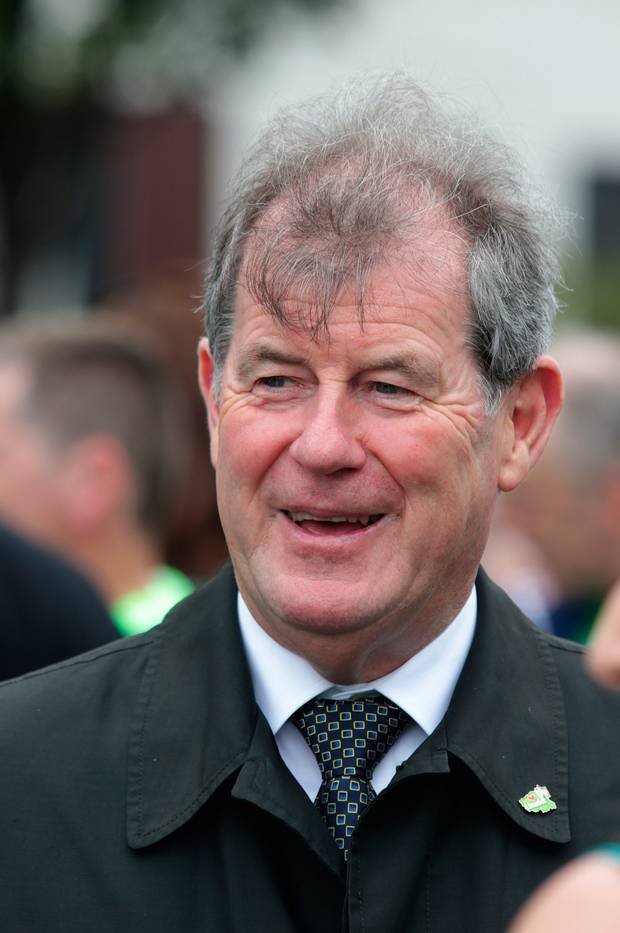 Ireland thrives on foreign investment, so why criticise a donation from one of our own.

Mercifully, their numbers have declined in the decades since, but the handful that are left were out in force last week to decry and bemoan the news that JP McManus was donating €100,000 to every GAA County Board in the country. Instead of welcoming the move and applauding this act of altruism, as the vast majority of people had done, the begrudgers were doing what begrudgers do they were being resentful and envious.

Some of them claimed that he was only doing it for the publicity.

As if one of the most successful Irish businessmen ever required publicity.

As anyone in Limerick can tell them, while JP McManus is internationally well known and has a phonebook that contains the personal numbers of various celebrities and public figures from sports to business to politics, he very much eschews the spotlight.

While he values his privacy and enjoys the quiet life when he is in Limerick, he is also very approachable.

He likes to do the same mundane things as any of us and could not be less of a publicity or attention-seeker.

Others complained that the GAA county boards and clubs should not accept the money as he pays taxes in Switzerland and does not pay those taxes here.

Just consider the nonsense at the heart of this argument.

The money, which will be put to benefit the individual clubs on the ground, they reason should be rejected because JP McManus pays the taxes due on the profits he makes in another country to the tax authorities in that other country.

By that logic he should also limit his altruism to groups, sports clubs and individuals in that other country too.

As he said himself a few years back, he earns money abroad and then chooses to take some of the profits earned abroad and put it to work in the local Irish economy.

As a Limerick person who has seen the good causes that JP McManus has supported over the past decade and more, I cannot and do not claim to be neutral.

I have seen at first hand the benefits and improvements that his educational scholarships, sports funding and supports for healthcare and community projects have brought.

Be it grants to the Moyross Community Enterprise Centre, Foynes search and rescue, the St Munchin’s community centre or ADAPT, the domestic abuse service, the JP McManus Benevolent Fund alone, which is valued at about €40m has helped countless causes and groups across my home county and the wider mid-west region.

This is on top of many tens of millions for local charities from his Pro-Am golf tournament or the annual third level scholarships he funds.

I, and other public representatives across Limerick and the Mid-West, also know about the many other quiet and unheralded donations he has made to individuals and organisations who needed funding and help.

But there is another reason besides personal generosity why it is unfair and unjust to portray JP McManus as a tax exile.

And this country is a beneficiary of this. Not only does he give back in terms of the grants and donations I have talked about here, he also contributes hugely to the Irish economy though the economic activity and employment he has created and sustained here.

He has created jobs here directly, over 600 of them, between the Adare Manor Hotel and Golf Course and the Martinstown Stud and countless more indirectly as a major owner of national hunt racehorses.

All of these jobs are generating taxes and revenue here, in Ireland.

We are a country that welcomes, indeed thrives, on foreign direct investment, the main source being the many US multinationals. So why single out an Irish person who has built up a thriving business abroad for spending and investing some of that money here?